"You! Get out of the United States, you ugly …" 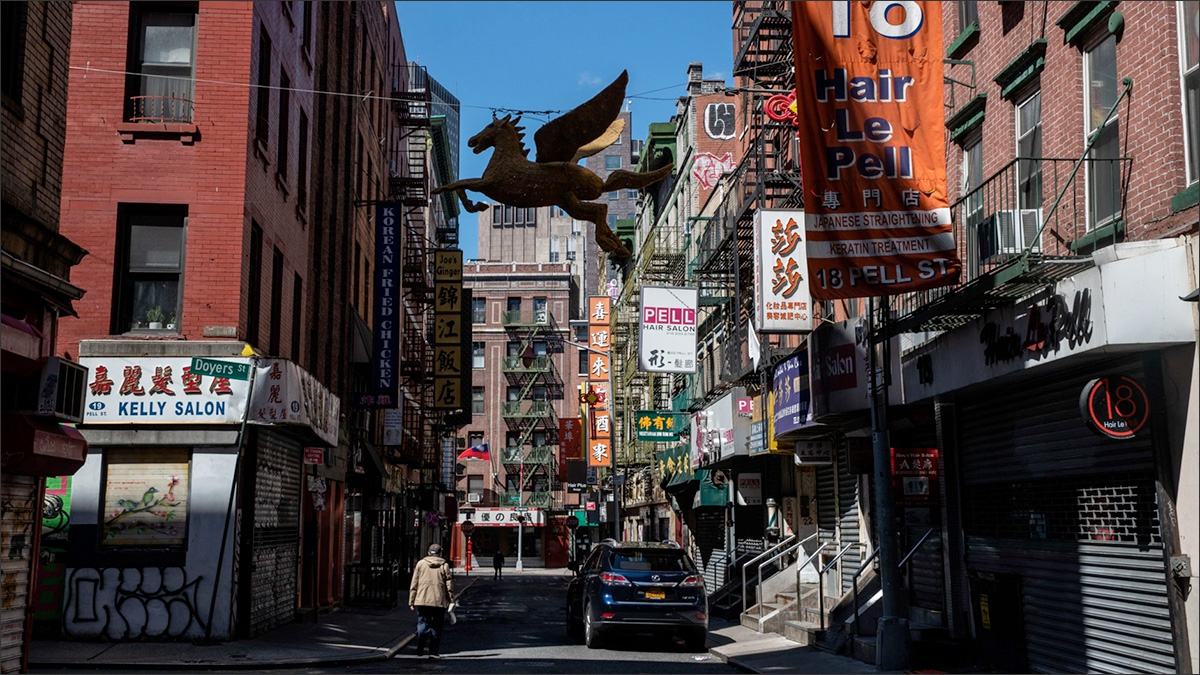 What Bigotry Looks Like During Social Distancing
As reports of harassment and assault against Asian Americans increase amid the COVID-19 pandemic, community advocates are finding new ways to tackle the spread of xenophobia — like the SF Peace Collective, a grassroots organization made up of “ragtag” strangers who have taken to patrolling San Francisco’s Chinatown.

The Half of It
Watch the new trailer for the Netflix coming of age comedy The Half of It, the long awaited second feature from writer/director Alice Wu. Leah Lewis stars as Ellie Chu, an introverted overachiever in a small, conservative town who makes money writing English papers for her classmates. When jock Paul turns to her to help him compose love letters to popular girl Aster, Ellie and Paul strike up an unlikely friendship — but only Ellie knows that they’ve both fallen for the same girl. The Half of It premieres May 1 on Netflix.

Jeanine Tesori and David Henry Hwang’s Soft Power to Release Cast Album
David Henry Hwang and Jeanine Tesori’s musical Soft Power, which made its Off-Broadway debut at The Public Theater this past fall, will release a cast recording for digital streaming and download on April 17. Until then, watch as the company records the track “Democracy (Reprise)” in the video above, featuring the cast led by Conrad Ricamora, Francis Jue, and Alyse Alan Louis.