This is how you make Alex Trebek (almost) cry on television 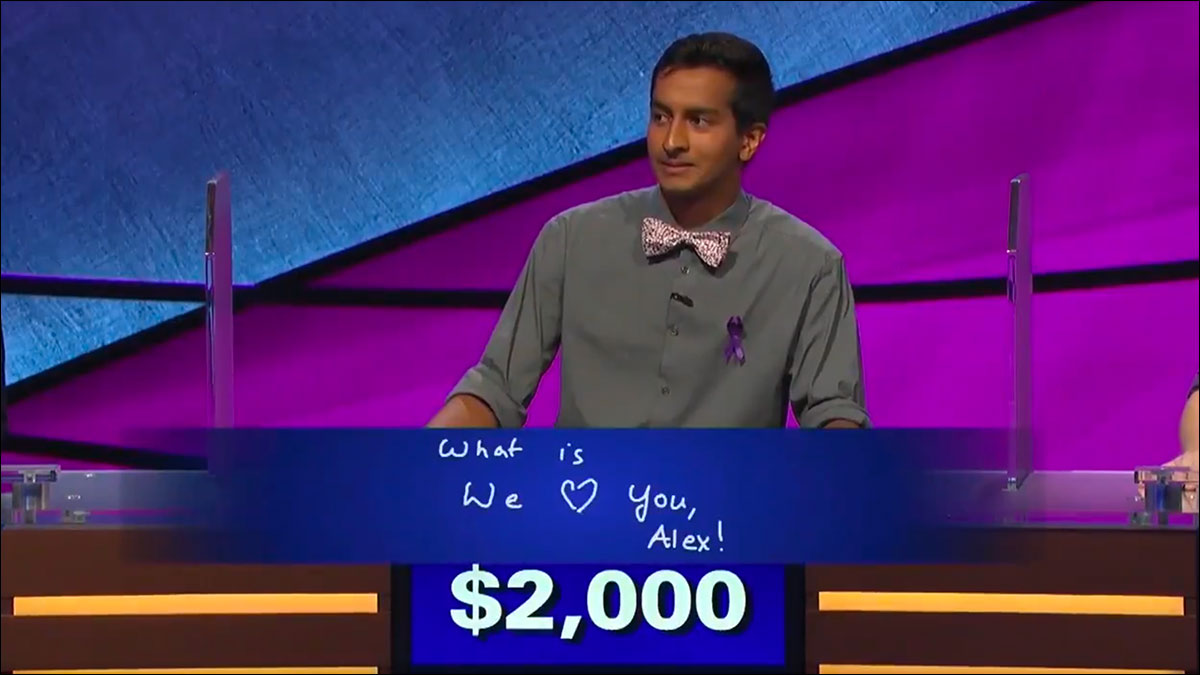 'Jeopardy' host gets choked up by contestant's heartfelt message of support.

You don't really expect to see a lot of emotional moments on Jeopardy! and you sure as heck don't expect to see Alex Trebek getting choked up. But that's what happened on Monday's night's airing of the perennial TV quiz show, when a contestant's heartfelt message of support had the host fighting back tears.

During the "Final Jeopardy" round, contestant Dhruv Gaur revealed his response to evening's final question: "What is we [heart] you Alex!" Not quite the correct response; just some real love for Mr. Trebek, who has been publicly fighting a battle with pancreatic cancer. Just before Gaur's message, Trebek had announced that he was undergoing another round of chemotherapy.

Realizing the message was intended for him, Trebek was visibly moved. "That's very kind of you, thank you," he replied with his voice cracking. Watch the touching moment, and I dare you not to get choked up too: