Post Archives: ‘This Is Us’ Gets Some Things Right But They Also Have A Little Bit Of An Asian American Issue 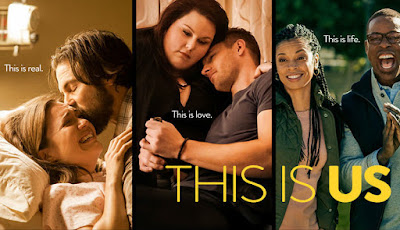 I’m not saying I haven’t binged watched the Mandy and Milo out of this and I’m not saying that it doesn’t get a lot of things right from an Orphan and Transracial Adoptee perspective – they go places where they absolutely should – and yes – I do like the fact that they also back-filled the story of William so we can understand his journey versus just a black man who dropped his kid off at a fire station.

So kudos to them for trying to show the complicated issues and sides of “the triad”.

But – I have to ask a few questions:

2. Really? Randall hasn’t gotten to know any Asian Americans from the adoptee community? With all the data-mining and focus on finding his birth father – and just being the way his character is – I find it a little hard to believe he hasn’t run across at least a few from a resource perspective – especially considering the number of Asian American adoptees in the U.S.

And don’t get me wrong – this is a scenario of adoption and I love the family dynamics and love Randall’s character overall – but you have to ask yourself a little bit of a question in why they decided to go the way that they did with the family makeup that they did. Transracial Adoption is just too heavy with some Asian American characters?

3. Where are the other Asian Americans btw? A doctor or nurse here and there – and in the latest episodes – someone new: an adversary for Randall (or at least that he perceives) who’s competing for his accounts. Nothing wrong with some competition being written into the show, but I do find it interesting that in a show which at its heart is supposed to be about diversity (and you know someone writing/producing/starring, etc. is saying to themselves that this is an important show because of it) – Asian Americans are once again left out of the picture OR we’re being put into the same roles as before – medical and “Hey – I’m nice but I may be here to steal your job. And btw – I’m South Asian too.”

Combine #2 with #3 and the Ching Chong of #1 and in some ways I can’t help but feel that Asian Americans are getting washed out of a world we’ve been a part of for generations, and that we’re also just getting some of the same treatment that we’ve always been getting.

The saving grace would be if Sterling Brown’s character Randall would find out that Hari Dhillon’s character (Sanjay) is also an Asian American who’s from the TRA community and maybe they learn some things from each other OR they just start adding us into the story-lines, versus washing us out of it.

I’m still going to be watching to see where the plot goes, but if I hear one more Ching Chong, or they go for a while without introducing more Asian American characters at least in some form – I’m out because at the end of the day – there’s a lot of stories and voices coming from the TRA community who get it right.