"Go to China if you want communism. Go to China." 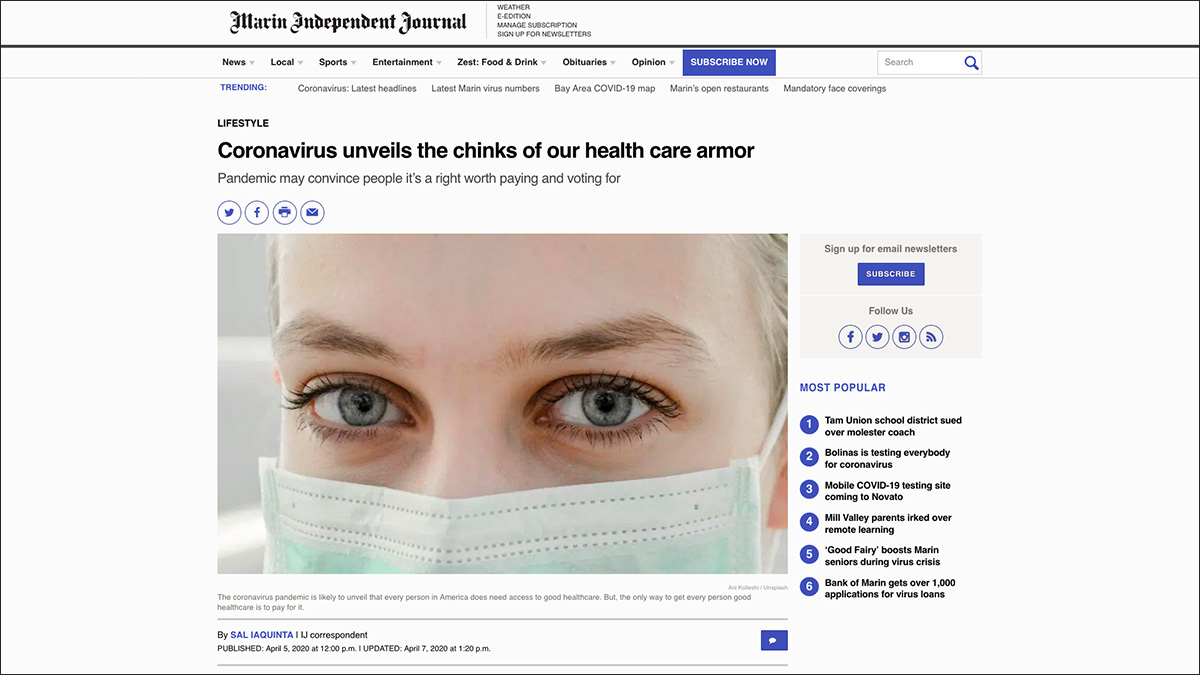 “Coronavirus reveals the chinks of our health care armor”
Actual headline from the Marin Independent Journal. (It has since been changed.)

“Unprepared”
In the wake of Donald Trump’s campaign attack ad accusing Joe Biden of being “soft of China,” the Biden campaign has taken a similar page out of the anti-Chinese propaganda playbook. The presumptive Democratic nominee unveiled a campaign ad — filled with menacing images of Chinese soldiers — claiming that “Trump rolled over for the Chinese.” The path to November has been laid.

Stage 13 Studio Creates Campaign To Support Asian Restaurants
Stage 13 content studio has launched #stage13supports, a campaign to highlight the Asian restaurants and small businesses featured in season 1 of its original unscripted Asian cuisine and travel series Family Style (I was a guest on Episode 8), and recommend ways people can order takeout or delivery. Join the Facebook group here.

Dumbfoundead & Satica – “Inside/Outside”
Los Angeles rapper Dumbfoundead has released a two-song collaborative quarantine project titled Inside/Outside with singer Satica. The two tracks, produced by Big Banana, explore the themes of being locked “Inside” during this unique quarantine era, and the excitement of finally getting through it in “Outside.” Check out the trippy visualizer for “Outside.”