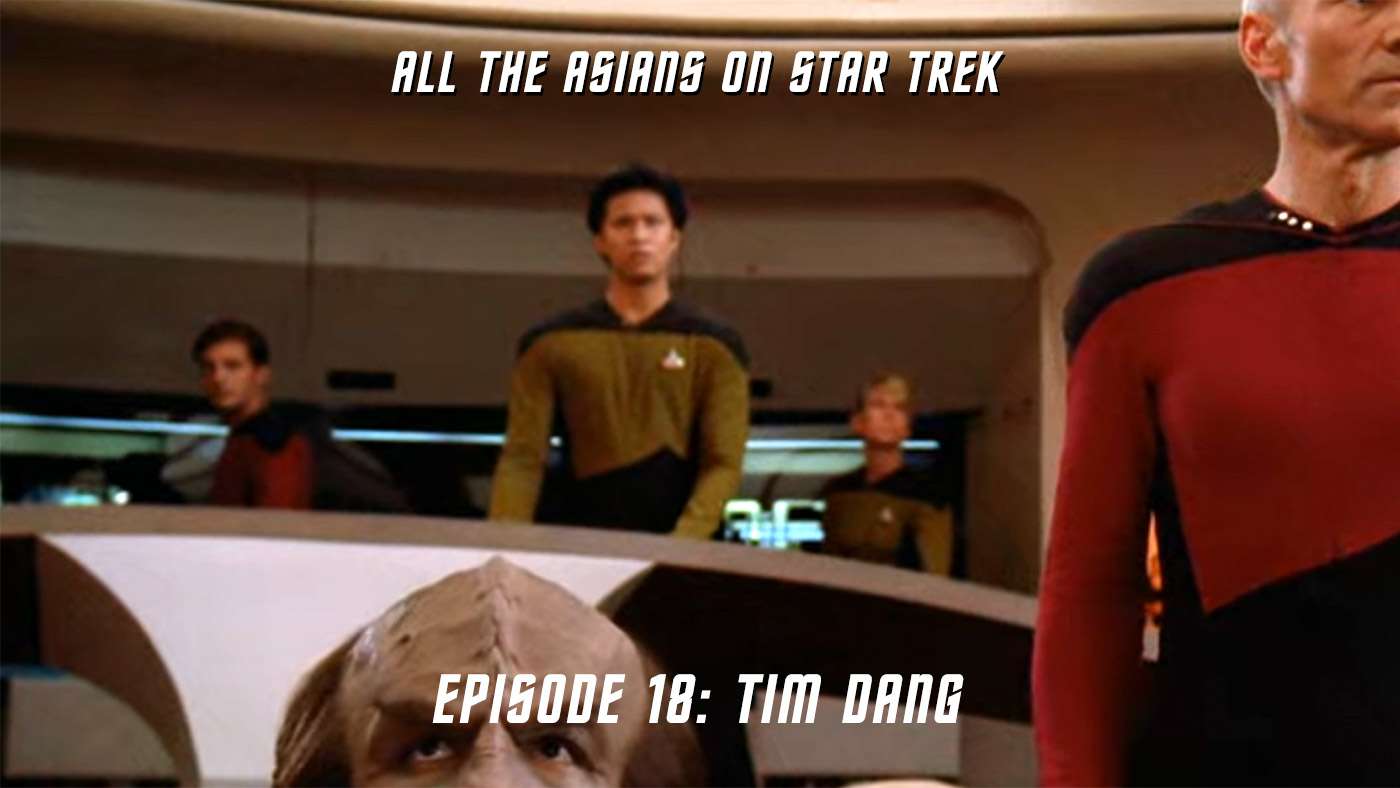 The Podcast In Which We Interview All The Asians On Star Trek.

All The Asians On Star Trek is the podcast in which we interview all the Asians on Star Trek. In Episode 18, we actor Tim Dang. He appeared on Star Trek: The Next Generation as "Main Bridge Security" in the series pilot episode "Encounter at Farpoint." He even utters a couple of lines. Early in his acting career, Tim's resume includes roles in shows like MacGyver, Night Court and Hunter. He also has voice credits in Avatar: The Last Airbender, Jackie Chan Adventures, and Batman Beyond, to name a few. Outside of performing, for over twenty years, Tim served as artistic director for East West Players, the longest running professional theater of color in the United States. These days, he is on faculty at the USC School of Dramatic Arts and the American Musical and Dramatic Academy. But in 1987, he was right there on the bridge of the USS Enterprise, at the very beginning of the next generation. Wearing a super skinny uniform.